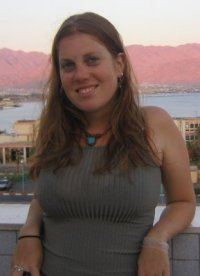 The following is a guest post from my good friend, Michal, who is – dare I say it? – a twentysomething world explorer currently stumbling her way through life in the land of Israel. Here, she shares her opinions on the Israeli elections that recently took place and what it means for the country’s future:

Firstly, a general disclaimer- these are my opinions. The opinion of a lefty (in a country that is going increasingly to the right) who is slightly discouraged with the political system as a whole who tries her best to still stay optimistic…

Secondly, how it works- In Israel we have a parliamentary system of government. There were 120 Knesset seats up for grabs with 33 parties in the running, a party has to get a certain percentage in order to get into the Knesset with a minimum of 2 seats. Some of the small parties were absurd (there was one that comprised of holocaust survivors and young people wanting to legalize marijuana (only in Israel…)) while some had (semi) legitimate platforms (fighting organized crime etc…). It was known that from the get-go most if not all of these parties would not get into the Knesset.

After the results are in the president asks the leader of the party that got the most votes to form a coalition government. (In order to form a governmentyou need 61 seats. Since no one party ever gets that number a coalition of parties must be formed to make a government) That person is presumably going to be the Prime Minister and he/she has 6 weeks in which to form a government. Thus begins the politics of promising certain ministry positions and compromises, political wheeling and dealing and whatnot…

The country in general has become more right-leaning with the story of these elections being Israel Beiteinu led by Avigdor Lieberman. Israel Beiteinu is a VERY right wing party full of unknowns and Lieberman is somewhat of a fascist. VERY anti-Arab and just a scary figure all around… His party has surpassed Labor to become the 3rd largest party and it is shocking and scary that he has gained so much ground, publicity and power.

The left/right divide is right now looking like right-65 seats left/center (including Kadima)-55.

The votes of the soldiers as well as those of overseas diplomats and attaches still need to be counted with 4 or 5 seats still up for grabs. This could change the entire picture of what is going on (especially as soldiers tend to vote more right wing). We will have those results soon and that could very well make this post irrelevant…

In any event, the thinking is that Tzipi Livni the head of Kadima may not be able to form a coalition government even if she is chosen to do so (because of the right wing leanings of the majority if the Knesset). If she does not succeed, the job goes to the second largest party (in this case Likud) who will then go ahead and for a coalition.

My thoughts are that Livni’s main chances of forming a government are to have a Kadima/Labor/Likud coalition. I would like to see Barak stay as Minister of Defense and have Bibi become Foreign Minister.

If Bibi is chosen to form a government or if he gets it after Livni doesnt succeed there is no telling what will happen… I have already begun threatening to move back to the states if he forms a Likud/Israel Beitieinu/Shas government but I don’t think that will happen….

Either way, Israel Beiteinu will almost certainly be in a Likud led government and possibly in a Livni led govt. This means that Lieberman will need a ministerial appointment of some-sort. That means (hopefully) giving him one where his ridiculously fascist agenda can do as little harm as possible. (Health?) Who knows what Bibi will do. Either way we will have to wait and see.

As far as working with the Obama government, I think that a Livni/Obama dynamic has somewhat decent possibilities and that a Bibi/Obama dynamic could be disastrous… Thank goodness we never had a Bush/Bibi pairing… I hope if Bibi is chosen that Obama/Clinton/Mitchell can and will be strong enough to save us from ourselves…

I am upset about Meretz (a smaller left wing party) getting only 3 seats. I remember the days when Meretz had 8-10 seats. While never one of the 3 majors, it used to be a power player and a force to taken seriously in coalition building.

I am not so hopeful about the outcomes either way. It is discouraging and disheartening to wake up the morning after elections and see that very little has changed and if possible gotten worse. The entire system in general needs to be shaken up and taken through reform.

There need to be young fresh politicians who are not corrupt, smarmy, or greedy. I know that is politics everywhere but in Israel it seems to be especially pronounced. Take for example the fact that 2 of the 3 candidates for prime minister already held the job and both were ousted early.

Let’s hope for the best.