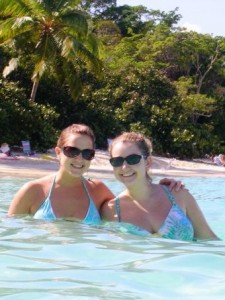 Hopefully, once I return, I’ll pen my reflections in the form of a blog post, but in the meantime, here are a few things that I’d recommend to someone travelling to the island:

This morning, after hearing about the death of Senator Ted Kennedy, I sent my sentiments into the ether that is the internet.

A pretty benign and standard statement that reflected what many others felt and thought this morning, I’m sure. Imagine my surprise when I received the following e-mail just minutes after the above tweet went live:

You don’t know me…I read your twitter comment about Ted Kennedy’s passing and how proud you are of him.

I was a young woman when Mary Jo Kopechne was killed at Chappaquiddick.

I was so sad for her and her family at her senseless death.

If only Senator Kennedy called the police right away and not leave her to die, she most likely would of survived the car crash.

His actions on that fateful night clearly told me about his character and I have never forgotten how he got away with it all because of who he was and his money.

You being ‘twenty something’ probably think of this as ancient history, but it’s not.

He got away with murder.

The sender is of course entitled to her opinion although I’m still a bit unsure why it was me she singled out to send this message to.  Even hours later, “Ted Kennedy” continues to be a trending topic on Twitter.

But her e-mail has left me trying to reconcile a number of points:

1. I’m a big proponent of accessibility and even wrote a post last year on why it’s important for bloggers to have their contact information displayed on their sites. But, I have to be honest, it was unnerving to get e-mail of that sort in a place (my inbox) which is usually one filled with friendly “faces”. What happened if someone decided to send me truly malicious e-mails? Have I set myself up for disaster? At the moment, I’ve decided to keep my e-mail accessible on this site and hopefully I won’t regret it.

2. It’s an interesting feeling growing up in a country where you were not born. Most days, you feel like a local but little things will remind you that in some ways, you’ll always be a transplant and an outsider. Defining what I consider to be my history is a bit tricky: I feel ownership over USSR events that took place up to 1991 (the year I immigrated to America) and over American events that have taken place since then, but not vice versa. I feel the same disconnection with America’s struggle with slavery as I do with a democratic Russia…

As such, Elizabeth is right in assuming that being young does affect my view of Senator Kennedy but I would argue that others of my generation may have a different perspective. I simply lacked an environment where that story would have been passed down and where I would have been exposed to opinions on the subject that would have helped define Senator Kennedy’s persona for me.

3. In trying to mull over how to combine these two images of Senator Kennedy – seen by some as a murderer and by others as a champion of human rights, here’s what I think I’ve come to stand on the issue:

Unfortunately, during one chapter of Senator Ted Kennedy’s life, he panicked, made a mistake, didn’t handle a situation as he should have.  As my good friend David points out, “[What happened is] a chapter that can’t be left out. And for some, it’s the only chapter”. When looking at Senator Ted Kennedy’s life it’s important to view it as a whole and not get stuck on one chapter. As a whole, Senator Kennedy was a great man who worked to better the world and his memory should be shown the respect it deserves.