I’ve had Google Wave for about three weeks and have enjoyed being able to explore the service… In talking with those not in the tech sphere, I’ve run into three types of people:

1. People who have no idea what Google Wave is

2. People who have heard of Google Wave but don’t understand it (and are therefore apathetic)

3. People who have heard of Google Wave and know they should be excited about it but just don’t understand it

Let me take a stab at an explanation:

From using it, I think the easiest way to grasp what Google Wave is to imagine the intersection of a public bulletin board and an online document that people you invite can edit (think Google Docs). To me, the power of the service is the ability to collaborate with your social network (ie your Google Contacts) as well as connecting to others around the world who share a similar interest.

I found the video and Lifehacker article below really helpful when trying to wrap my head around the idea of Google Wave. I think they may help you as well: 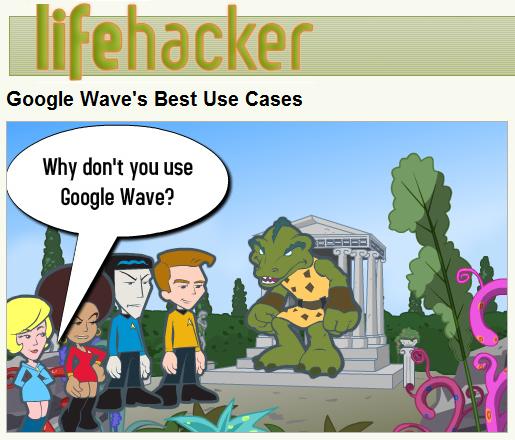 As you see below, I recently was awarded Google Wave invites to give away. If you’d like one, leave your e-mail address in the comments or send me an e-mail and I’ll be happy to send you one. 🙂 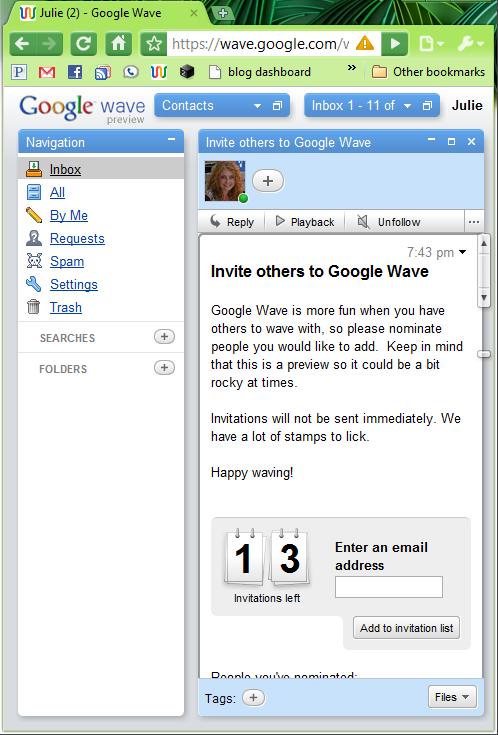