Cultural Experiences Abroad has this cool feature on their website where they list four alum from their programs. Since I was having reservations about going to either Paris or Grenoble, I decided to take advantage. I sent out an e-mail to eight people and so far I’ve gotten four responses.

Hopefully they won’t mind if I post their responses.

I absoluetly loved Grenoble, not being from a huge city in my opinion it was a good sized town without being huge. I lived in an apartment while I was there, I’m not sure if that is still an option that they offer, but the apartment itself was nice. I didn’t have too much trouble meeting people who were outside the CEA program most of them I met through classes, or through other CEA members. I did meet some locals, however my situation was a bit unique because one of my roommates had studied through CEA the previous year and she had a boyfriend, so I was able to meet some of the locals through him. I didn’t really meet any other locals other than these.

My classes weren’t too bad, but I did when I went the option to study at Grenoble Ecole de Management wasn’t available, so I am not sure how those classes would compare to the oned that I took. I did the language and culture program through the Centre Universitaire des Etudes Francaises. We had language classes 4 days a week in the mornings and then a break between 12 and 2 before the elective classes in the afternoons. You took 4 electives total and then a translation class, but these only met once a week, and Friday afternoons were always free, no class after 12, which was nice for taking weekend trips. Then at the end of the semester we had our exams, the only grade for the elective classes. But, the exams weren’t too bad, as long as you went to class and reviewed your notes you were fine, no textbooks were necessary, they gave you little packets with the info that you would need. The language classes had things that were graded during the course of the semester just like our classes here, but there was no final exam for my class
(not sure about the others)

Nightlife was nice, there are some good bars in Centre Ville, not too far from Patrick’s (the program director’s) office. I don’t recommend going alone though, just for safety’s sake, especially if you will be out after the trams and/or busses stop running. I went out some with the other Americans, although some of them that stayed with families didn’t go out too often or too late because they didn’t want to disturb their host families. The nice thing about having the apartment was being able to offer a place to crash for those people so that they could go out with us. 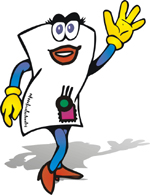 There were always a lot of locals in the bars, things would be rather tight inside, the places are not very big and so there were times when you couldn’t hardly turn around inside (lots of fun though)!

As far as finding things to do, I never had too much trouble. Grenoble is about 3 hours from Paris by train, and not too much longer to get to the Mediterranean. Lyon is also a nice little day trip and only takes about an hour to get there. Geneva is not too long of a ride either, but you do have to change trains. Grenoble also has a couple of museums that are fun to go in and check out, and each month you can pick up a schedule of events that are going on around town. There was a wine tasting in town one weekend that we went and checked out, and I really enjoyed just walking around and taking in the scenery, camera(s) in hand. I also went with one of the other girls in the program and saw a performance of Pierre et le Loup (Peter and the Wolf), very fun as there were a ton of little French kids there too. There is also an ice skating rink near the outskirts of town and if you are there in the Fall they have a little Christmas market that comes just after our Thanksgiving.

CEA also “pays” for 4 excursions, 2 overnight and 2 day trips. We went to Orange, Avignon, the Pont du Gard, Chartreuse, Aigues Mortes, and Lyon for the festival of lights just before Christmas. As far as doing things at night it depends, they have a couple of movie theaters, some of which play American movies with French subtitles and some of which are dubbed, I recommend you see at least one movie in the theater while you are there. It’s even better if you see one that you have already seen in English. Otherwise you would just see people hanging out at the bars or the cafes. There are also a couple of night clubs too, but I didn’t go to any of them, too expensive.

I hope this helps! Please let me know if you have any more questions, or if you want I can give you a link to my webshots account where I have pictures from the semester posted. It might give you an idea of the atmosphere of the town.