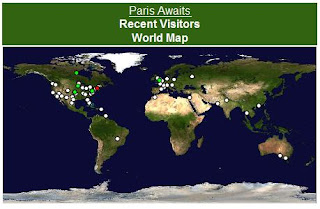 It’s been more than two years since I’ve returned from my European travels, and I’m amazed that this blog is still relevant to readers worldwide. From queries for “biere maximator” to “i met bill buckner”, my blog somehow stumbles into the mix.

I hope that you’ve found what you are looking for here; if not, safe travels. Either way, I welcome and will respond – to the best of my ability- to all comments. Hopefully, I can provide some useful information!

Two weeks in Greece have come and gone. Let me recap…

The island of Corfu in Greece was my first stop and it couldn’t have been more different from Paris : no rain and good weather! I met up with my friend Liz there and we stayed at the famous Pink Palace Hostel. In addition to hanging out at the beach, Liz and I explored Corfu Town, the main port of the island, where we climbed a fortress and I reflected on the fact that Greek sounds a lot like Spanish, the weather is Mexico-like and the island itself somewhat resembles Lisbon. The highlight of my time there was the infamous Pink Toga Party where we partied like the ancient Greeks (I even got a plate smashed over my head!). My misadventures included burning my lip, losing my shoes and falling up the stairs…

Then it was off to Santorini, which included a flight to Athens and then a ferry out to the island. But it wasn’t all smooth sailing. I somehow managed to get food poisoning as we were leaving Corfu. The Greeks think ahead, though, and thankfully the rest stop at the port had beds for rent where I tried to recover in between the flight and the ferry… I was out of commission (ie unable to even sit up) for about 48 hours. Just another part of travelling, eh?

In Santorini, we visited an active volcano (it didn’t look anything like the ones in science books!), swam in sulfur hot springs (stinky!), and even rode a donkey (terrifying!) up to the top of island to watch the sunset. The top of the cluster of islands known as Santorini is filled with white houses that have blue roofs. From the water, it looks like the islands are covered with snow. Cool.

Ios was our third and final Greek Island. The word on the European cobble streets is that Ibiza, off the coast of Spain, is the number one party island. Ios is number two. There wasn’t much to do other than lie on the beach and get crazy at night, but Liz and I both managed to find some water sports (Has anyone ever heard of fly fishing? You lie on a rubber raft, with a string tied to a boat. The boat speeds up and the rafts lifts out of the water so you are flying!) The atmosphere was incredible : fun, friendly and laid-back. The island is filled with backpackers who are working at the bars to make a little extra money. They are just like everyone else, looking to have a good time and meet people. Everything was perfect until… I BROKE MY iPOD!!!! That iPod got me through some really great times and some really hard times… I’m really at a loss without it. Life goes on?

Then, Liz and I had two days in Athens. To be frank, I was disappointed. A modern city with ancient ruins. If you want to see that, you’re better off going to Rome. (By the way, one night out in Athens, I met a guy who had dated Bill Buckner’s daughter. That’s what travelling around Europe is all about!)

So now I’m Prague, safe, if not sound. We finally met up with Missy and Caitlin who we were supposed to have been travelling with since June 1st! (They couldn’t find a flight out from Spain for a while and then when they were finally booking it, someone went into Caitlin’s bag and took her cell phone, jewelry and passport. Then, later, on the way to the airport, her wallet got stolen! That girl has some bad luck!)

Anyway, I’m off to go explore this city (finally!). Hope all your summers are still going well…. Keep in touch!

PS I’ll be in College Park the weekend on July 23rd. Will you?

I writing you all from the very beautiful island of Corfu. What I should be doing is sitting out in the sun, but you all know me…

Studying abroad, while it may result in a difficult situation for me in the end in terms of credits, was an amazing, life-changing experience.

Some of you got my sobbing phone calls back in January when I was about to take off for this great adventure… To leave College Park (where I had a lot of great things going on) and go to a new place, without a friend or any kind of support system, and not knowing at all what to expect, was probably the hardest thing I’ve ever had to do. Little did I know where the next four months would take me.

I’ve had the opportunity to study French in Paris, seeing the Eiffel Tower from my classroom window, and to get to know the city inside and out. This is something I started talking about doing when I chose to learn French at age ten. I also been lucky enough to travel – to different regions of France, to Ireland, to England, to Portugal, to Spain, and to Germany. I’ve gained a whole new perspective on International Affairs and my image of “the American” has of course been shifted.

On a personal level, a lot of things have happened for me that didn’t quite fall into place back home. I had a single, solid group of friends. (At Maryland, I do sometimes struggle to balance Greek and non-Greek friends and in high school I was part of a lot of different groups.) Without these four people – Beth, Erin, John and Jeff – my time in Paris would’ve been a lot more lonely, a lot less funny and, simply put, boring. I also met a really great guy and I hope that we’ll remain great friends. Honestly, he woke me up, he made me feel. And that’s a great thing. If nothing else, I come away with a lot of incredible memories and a big hope for the future.

Anyway, I think it’s time to head back to the beach. Can’t wait to hear from all of you about your crazy summer beginnings!