I date. I dig Social Media. And I spend a lot of time thinking about both. Because the problem is, like I always say, that in dating and in social media, it’s the blind leading the blind. Well, now, I think it’s time to pin down some answers. And that is what has inspired “Dating 2.0″ category on this blog, which after a long hiatus IS BACK. END_OF_DOCUMENT_TOKEN_TO_BE_REPLACED

Last weekend, I headed to Stetsons to celebrate the engagement of my friends Alex and Zvi.

While we were there, I noticed a woman (probably I little older than I am) who seemed extremely drunk – she was swaying, eyes half closed, and couldn’t walk straight… I pointed her out to my friends because I was so taken aback by what I saw. She was leaving and I made a comment to the effect of, “no one should let her near those stairs”, but then I saw her boyfriend follow behind her and figured that she’d be taken care of so I turned around and continued my conversation with my friends. Not a second later, we heard a loud THUMP and looked down the staircase to find her sprawled on the floor. She was completely unresponsive and a med student who had run down seemed to be having trouble locating her heartbeat. Luckily, an ambulance had been parked across the street and so the paramedics were able to get to the scene pretty quickly.

As my friends started turning away and mingling amonst themselves, I realized that this girl’s friends were still upstairs and didn’t know what had happened. I went up to them and told them she had fallen down the stairs. When they came back from checking on her, they didn’t seem that phased — probably because they hadn’t seen her at the bottom, limbs at awkward angles, with no sign of life in her — but mentioned that she was whimpering in the back of the ambulance. Her friend made a comment that she didn’t know how this could have happened because her friend wasn’t that drunk. That statement completely baffled me as I had immediately noticed the girl and her state… END_OF_DOCUMENT_TOKEN_TO_BE_REPLACED

One of my favorite traditions that my group of friends has come up with is “Pre-Thanks” (known in other circles as “Friendsgiving”)  in which we all get together for a potluck Thanksgiving-themed dinner and have a chance to reflect on the past year. Since moving back to DC, I’ve hosted the dinner. It’s a great excuse to get everyone together before the beginning on the crazy holiday season. And, of course it’s fun to see how we’ve all changed (or stayed the same) over the years!

Here’s to many more years of Pre-Thanks together! 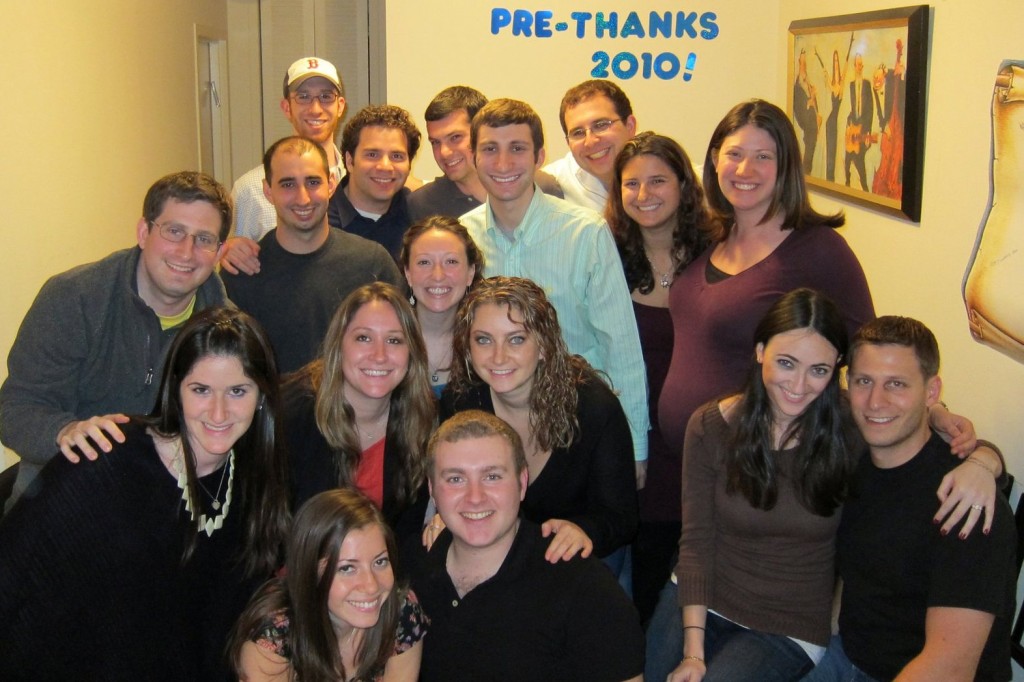 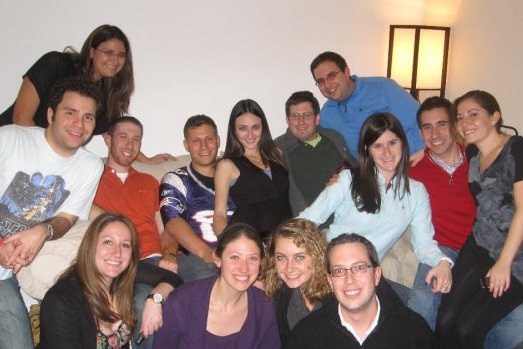 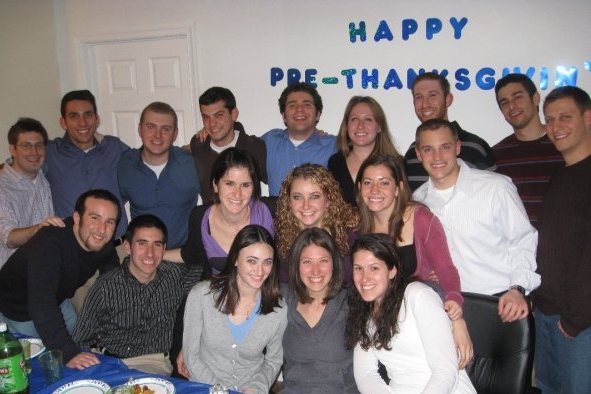